When Sam Merrick is beaten up by local bully George Tooney, Sam’s older brother Rocky and his friends Clyde and Marty plan to pretend it’s Sam’s birthday to “invite” George on a boat trip in which they would dare him to strip naked, jump in the lake, and run home naked. But when Sam, his girlfriend Millie, Rocky, and Clyde see George as not much of a bad guy, they want to call off the plan, but Marty refuses. Will the plan go ahead as planned?

This movie completely took me by surprise. I saw it mostly because I love independent films and have been a fan of Carly Schroeder and Rory Culkin for awhile now, and make it a point to see whatever either of them are in. But wow, was I shocked. I have never seen that kind of depth (acting wise) from kids like this. Every actor was brilliant and unique in there performances. The characters were realistic and relate able, the writing and directing (by first timer Jacob Aaron Estes) are immaculate, and the story is completely believable and leaves you thinking about it after you leave the theater. I can’t even pick a stand out performance, because unlike most films today, all of the six leads were stand outs. This movie is unlike no other you’ll see, and it will affect you in ways that will stay with you. I’d recommend this movie to anyone. 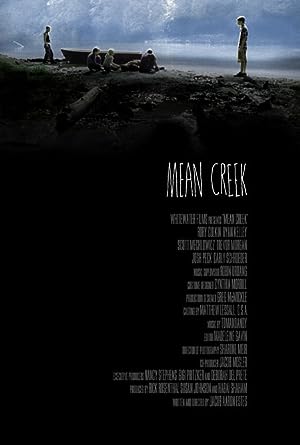