Milo, an isolated 10-year-old boy with ‘sensitive skin’, lives a life rigidly controlled by his father. Sparked by his first friendship, he runs away from home to attend the school camping trip – but never arrives. He falls into the hands of an ageing criminal couple, with whom he enjoys pure freedom from constraint – until he learns the shocking truth about his skin condition. Filled with doubt about his father’s love for him, Milo must try to come to terms with who he really is.

don’t think what about this film was lost in the translation this time using google’s translate, digesting parts of the 5 dutch critics for movie lovers’ easier understanding of this film. by the way, there are very nice photos from this film. judging from the critics’ general comments and the photos, it’s more than enough for us to say, this film is definitely worth watching: “Conclusion: With the brothers Milo Boorsma make a nice debut that is both for children and adults. Despite the sometimes accentuated contrasts is a beautiful film with a coherent story, a good cast and great camera work shows that European co-productions can turn out very well.” “However, the (large) part where Milo staying with the outlaws, makes up for it: that’s funny, airy and moving. The camera work of the Dutch ‘director of photography’ Frank van den Eeden is beautiful and Lorcan Bonner, who plays Milo, is pleasant to look at. It makes Milo all in all a likable cross between a fairy tale and a coming off age movie, about beauty ideals and misfits, ideal images and unconditional love. In the past Cinekid Festival, where he was shown, as the opening film was awarded by Milo MovieSquad jury as Best International Children’s.” 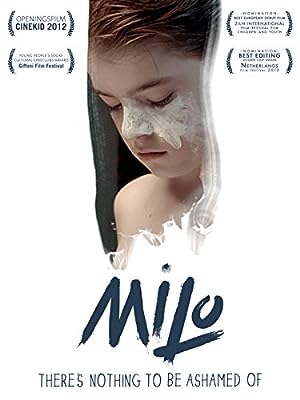 Be the first to review “Milo 2012” Cancel reply