In Frank Vitale’s autobiographical study, he plays a photographer living among the assorted outcasts, junkies, and artists populating Montreal’s Main. Quieter and more introspective than most of his friends, Frank becomes smitten by Johnny, a fourteen-year-old from the suburbs. But the relationship is doomed by the startling degree of hypocrisy and possessiveness that boils over among the group when they discover the intensity of Frank’s feelings about the boy.

Why is it so difficult to say what the film was about? Because we have made no progress since that time. It is the story of a man and a boy who are in love but whose love is not allowed to come to fruition because the “hip” counter culture has not actually freed itself from the obsessions and repressions of the main-stream culture. It is an excruciatingly painful story that is honestly and beautifully told. As soon as we can get over the notion that love between a man and a boy is somehow ontologically different than love between a man and a woman or two men or two women or two young boys or whatever our theorizing about what the film is about need not be so convoluted and oblique. As to whether it is a “gay” film, that seems to me to be an irrelevant question. It is a human film. We are not gay or hetero or bi or pedo. We are just people with our Eros wandering where it will, and each with his or her own highways and byways. Some highways lead to grief. That doesn’t make them evil. Just tragic. Don’t know whom I am talking with. Just felt cranky and decided to post my thoughts. It is certainly a film that is worth seeing. 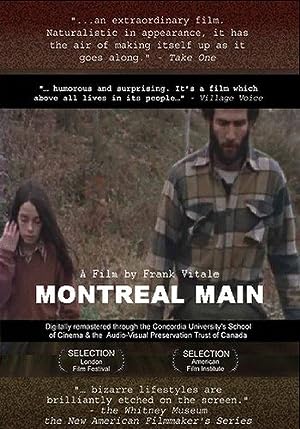 Be the first to review “Montreal Main 1974” Cancel reply