Patrick and Dominic are two brothers living alone in a remote farmhouse in the Southwest of Ireland, while their mother is away traveling. When their aunt comes visiting, with her arrives Anya, a young woman from Germany who starts helping Dominic, the younger brother, with his studies in return for a chance to improve her English. As time goes by, Patrick and Anya fall in love, while Dominic also develops feelings for the girl. And when Patrick and Anya decide to move to Dublin together, Dominic comes with them, not being able to let go of his brother.

This is truly a great movie. The not so original idea of two brothers falling in love with the same woman and a young boy’s first encounter with the (delicious) complications of love and sex are very brightly shown in “Moondance”. Add to this a very intense – but not aggressively explicit – sensual atmosphere that reaches its climax in the scene Dominic and Anya play with, er…, some blue ink (definitely one of the sexiest scenes I’ve ever seen!) and great Van Morrison music and you’ve got a movie that is really a wonderful experience. So my suggestion is: get a bottle of good wine, find good company and enjoy this movie! 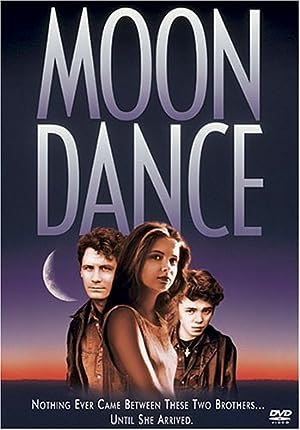 Be the first to review “Moondance 1994” Cancel reply