Three time periods – young adolescence, mid-teen and young adult – in the life of black-American Chiron is presented. When a child, Chiron lives with his single, crack addict mother Paula in a crime ridden neighborhood in Miami. Chiron is a shy, withdrawn child largely due to his small size and being neglected by his mother, who is more concerned about getting her fixes and satisfying her carnal needs than taking care of him. Because of these issues, Chiron is bullied, the slurs hurled at him which he doesn’t understand beyond knowing that they are meant to be hurtful. Besides his same aged Cuban-American friend Kevin, Chiron is given what little guidance he has in life from a neighborhood drug dealer named Juan, who can see that he is neglected, and Juan’s caring girlfriend Teresa, whose home acts as a sanctuary away from the bullies and away from Paula’s abuse. With this childhood as a foundation, Chiron may have a predetermined path in life, one that will only be magnified in terms of its problems when he reaches his difficult teen years when peer pressure affects what he and many of his peers do, unless he follows Juan’s advice of truly making his own decisions for himself.

The reviewer’s dilemma (and it is a dilemma reviewers LOVE to encounter) is, in a superb film with superb acting all around, a superb script, and superb directing, you still need to pay special attention to those actors that, in such a competitive environment, stand out as something “extra” special.

In this mesmerizing film, special attention has to go to two actors who steal every scene they are in and silently promise the viewer that the long and bountiful careers ahead of them will deliver even better performances down the road.

I am referring first to Mahershala Ali, whose magnetic presence made him the centerpiece of Luke Cage (where he competes with, and surpasses, actors with much greater experience). If you watch this actor closely, not only is he in the moment, but his body seems to be in constant motion even when he is sitting still. Like a hummingbird. Awesome to behold and although he has been lately playing characters of “dubious morality” one gets the feeling he could play a hero just as easily.

And then there is the performance of Naomie Harris, a performance so strong and memorable that I began to recall that, in the Golden Age of films, they used to refer to performances like hers as “searing” — but lately I have not seen the term used very often in a review.

So in honor of Ms. Harris I will say for the record that her performance in this film — with minimal screen time — is searing and unforgettable. 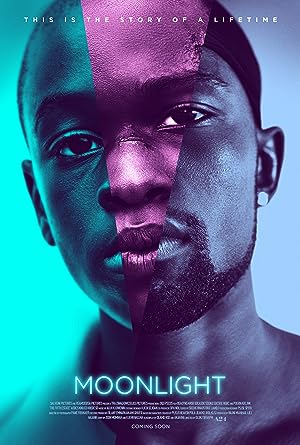 Be the first to review “Moonlight 2016” Cancel reply