When a young boy named Jake accidentally makes a new friend in an experiment gone wrong a troubled town is plunged into chaos. But with the creature rapidly evolving every day, Jake finds it increasingly difficult to keep his new pet secret. Jake’s friends and new girl Abbie realize they are not the only ones interested in this strange, mischievous little dinosaur and soon discover that the only thing more mysterious than what it is, is who is looking for it.

I’m not sure if they want to convince people that this is filmed in America, or they are making a joke out of it intentionally. Here are some glaring mistakes that I noticed that made this movie borderline unwatchable:

-Soldiers being transported around in a civilian truck -Soldiers carrying AKs. Their uniforms say US army… -Soldiers wearing covers, while others are not -Over half of the vehicles seen in the movie are not sold in the US -You can clearly see the steering wheel on the right side of the vehicle -Characters breaking accent and using strange language for everyday objects i.e. “bandage” instead of “bandaid”.

Overall it was a pretty awful movie. They should have just had the movie set in Australia so there wouldn’t be so many mistakes. 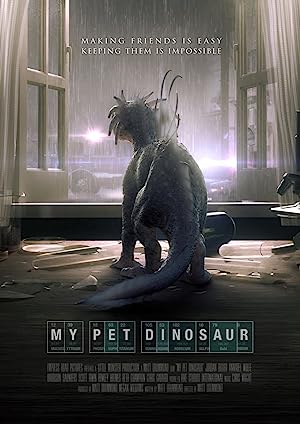 Be the first to review “My Pet Dinosaur 2017” Cancel reply