A lonely hairdresser watches the title sequence of “That Cold Day in the Park” then visits a local park to invite a down-and-out skinhead to his apartment. He draws the silent man a bath and talks to him as he soaks. He locks his guest in a bedroom. Next day, the skinhead leaves through the window and visits his sister, who’s making a film called “Sisters of the SLA.” He helps with a screen-test. The hairdresser has dreams and fantasies involving the skinhead, the skinhead returns to visit him, and then the filmmaker pays a call on the two men, exposing her brother as faking his silence and pretending a lack of sexual interest. Fantasies can come true.

I read someone saying The Dreamers was not just about showing people naked and this was, whoever wrote this is a complete idiot. The Dreamers was a terrible film, a sad fantasy of an aging man that used to be a great director, it was insulting to the sixties revolution, the sexual revolution and a film that over explained everything assuming spectators are stupid and furthermore and insult to the French. The dreamers is a horrible commercial film for hypocritical people who are scared and ashamed of their sexual desires. But it was a great idea to compare the two films, just because No Skin off My Ass has the same themes than the Dreamers but didn’t fail at what it was all about : ideology, cinema, desire, redemption, being lost and love.

No Skin Off My Ass on the other hand is the equivalent of a punk fanzine, it’s highly political, has a subtle subtext and contrarily to The dreamers is completely embracing it’s time : the nineties. A period of time where people were terrified of skin heads, was battling against the aids during the aids holocaust and believed grunge punk rock could save the world. It’s got style and great aesthetics, and despite being cheap it’s unashamedly pure cinema : the inside swimming pool, basically a flooded flat, it’s fetishist, licking doc martens to the sound of Nico’s rendition of the German national anthem. There’s lots of references to ancient cinema, visually, Lubitsch, Pabst and Von Stroheim while sharing those directors themes of predilection. 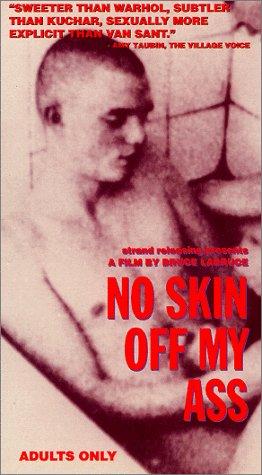