Aitana, Pierrick, Jorge and Rita are all in their twenties and all look for ways to make their nights in the city of Madrid a little less lonely. Set against a background of drugs, sex, multiple partners and differing sexualities, Noches de Espera (aka Longing Nights) follows the individual stories of these young people. A candid portrait of four relationships highly loaded with eroticism from beginning to end.

Anyone who has ever walked down the Gran Via in Madrid, will have noticed its colourful street life. This film takes you into the lives and homes of some of the people you might see wander down its aligning streets. We follow a straight couple, some gays and lesbians, and a transvestite prostitute over the course of one night and see them go about in their nocturnal pursuit for sex, love, money and drugs.

The general aesthetic of the film is somewhat shabby, but that is not to say the film comes across as dark and depressing. The joyous ambiance of Madrid seeps through no matter what situation the characters are in. It’s the adventure of the city at night, the strangers one can meet, the escapades one can relish, the companionship one can strike up, the emotions that can run riot without repression. Yet, the price to pay for all that, is the risk of danger and loneliness. The film shows it all without judgement. 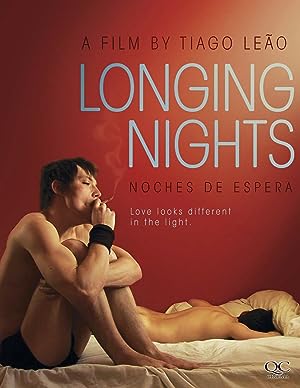 Longing Nights (2013)
70 min|Drama|08 Feb 2013
4.2Rating: 4.2 / 10 from 57 users
Aitana, Pierrick, Jorge and Rita are all in their twenties and all look for ways to make their nights in the city of Madrid a little less lonely. Set against a background of drugs, sex, …
Director: Tiago Leão
Creator: Tiago Leão
Actors: Ainhoa Azcona, Shota Buadze, Maria Flores, Pierrick Fouilleux