A poor young man has to deal with his feelings for a rich girl and the difficulties of this relationship.

This is the greatest Brazilian drama movie since Central do Brasil and could be compared to Sheakspeare’s Romeo and Juliet.

If you live or have lived in Brazil you know that there is a lot of poverty around you and this movie portrays it really well. It shows how the rich people live next to the poor and the the barrier between both social classes. Aside form the amazing portrayal by Breno Silvera, of what Brazil is, the story really gets your attention from beginning to end. The end is shocking and realistically demonstrates what could happen in a real life situation.

The actors Rodrigo Costa, who lives in the Morro do Canta Galo (where the story takes place), and Cyria Coentro interpreted their characters as if the story was real. Later, Rodrigo Costa revealed in an interview with Maria Gabriela that he lived through a similar experience when younger. 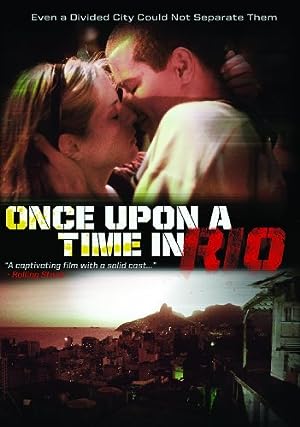 Once Upon a Time in Rio (2008)
117 min|Drama, Romance|25 Jul 2008
7.0Rating: 7.0 / 10 from 1,029 users
A poor young man has to deal with his feelings for a rich girl and the difficulties of this relationship.
Director: Breno Silveira
Creator: Patrícia Andrade
Actors: Thiago Martins, Vitória Frate, Rocco Pitanga, Paulo César Grande