Out in the Dark 2012 with English Subtitles

Nimer and Roy are two gay men on opposing sides of the Palestinian-Israeli conflict who fall for each other. Much as they’d like to be left alone, both political conflict and orthodox beliefs will not leave their budding relationship untouched, with most of the egregious circumstances befalling Nimer, whom security forces pressure into helping them by stripping his access to education and threatening to leave him without family. Through his eye-witnessed death of a friend, Nimer knows he can’t oblige. Can love find a way through this no-win situation?

This film is one of the best films of the year, also one of the best gay films. It has a story that keeps you on the edge of your seat. It is very emotional. It is very romantic. Acting in the movie is superb with no fictive gay kiss but you are blended into their romance and love. However I rather hate movies which has no end. In this case, I wish they did made a happy ending.

Actors, specially, Nicholas Jacob’s acting is superb. All other actors were also extremely good. You ask yourself why on earth Hollywood does not hire these people for its movies. There was no single part in this movie, I felt fake. 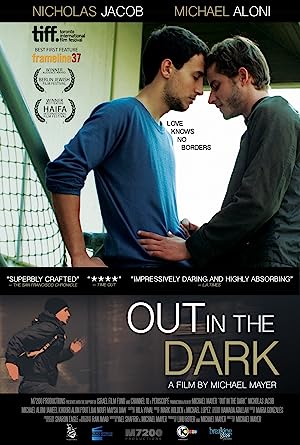