The controversial, sexy, surreal story of a messenger and his journey and encounters with many historical events and people like Auschwitz, the Ku Klux Klan, Frida Kahlo, Cortés and Emiliano Zapata (as a beautiful woman!).

This great, almost impossible to get flick is a film made by one of the masters of Surrealism: Corkidi -better known by his masterpiece Angeles y Querubines (which I haven’t got the pleasure to watch)

Corkidi helped one of the greatest filmmakers alive in the history of cinema, Alejandro Jodorowsky to shoot his films, remarkably, El Topo.

This movie does not centre in one theme only, but in a lot of themes; thankfully not at the same time (Although in a whole it is, after reflecting about it).

So much of what I can remember from this movie: Adam and Eve in paradise, ashamed of themselves and their naked bodies; whilst asking you and everybody else not to be ashamed of; also referring to cultural background and social morale.

Since the beginning of the movie, you’ll feel hypnotised by its great photography, extremely well exploited angles and takes, along with beautiful sites.

The movie was divided in different parts, so you get the feeling you are reading a visual book, which every chapter was named according what happens next.

He [Corkidi] puts his own personal view to history of Mexico and mixes his personal feelings about Spaniards [who went there and conquered], particularly when Pafnucio goes to talk to Hernan Cortez (which is in a Pig Corral, representing Spain so it seems]).

When you watch this film, you’ll also feel that you are actually watching a Modern Opera (Personally I do not like Musicals, but this movie kept me entertained, and must say, this is not a Musical, although, there is a lot of it on it).

Finally I would like to point out that Corkidi wants Mexicans to acknowledge, know and love their country, and compares it with other countries, including USA, whilst presenting a really different and great journey thru time and space. Done with very low budget, but great creativity, this movie gets a 9 out of 10 to me; you wont need to love Surrealism to love this movie. 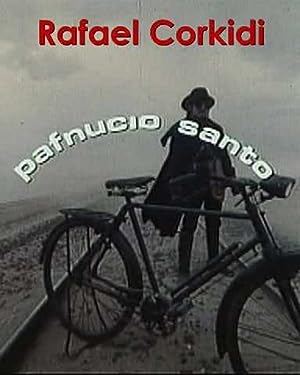