The “sematary” is up to its old zombie-raising tricks again. This time, the protagonists are Jeff Matthews, whose mother died in a Hollywood stage accident, and Drew Gilbert, a boy coping with an abusive stepfather.

Clancy Brown(Gus) is the man. He was hilarious in this. I know this movie isn’t as good as the first but I don’t think it was supposed to be. The first was dark, creepy and really awesome. This has wit and is funny not to mention enough gore to keep any horror fan satisfied. Watch it with not many expectations and you’ll find it to be a laugh riot. 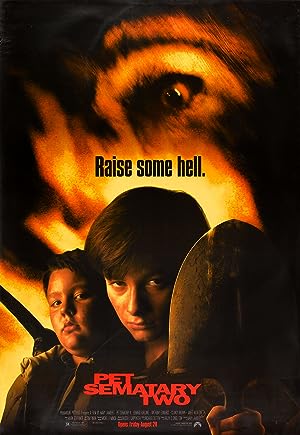 Be the first to review “Pet Sematary II 1992” Cancel reply