Pixote, a 10-year-old runaway boy, is arrested on the streets of Sao Paulo during a police round-up homeless people. Pixote endures torture, degradation and corruption at a local youth detention center where two of the runaways are murdered by policemen who frame Lilica, a 17-year-old transvesite hustler. Pixote helps Lilica and three other boys escape where they make their living by the life of crime which only escalates to more violence and death.

Pixote is probably the most powerful film I have ever seen. An aspect so rarely attained in most films is the gritty reality that Babenco exposes with paramount ability and care. It truly will stay with you forever–you will be touched in such a deep way no matter who you are, no matter where you’re from, no matter what movie genre you favor.

Considering that Da Silva’s own life was one of the streets, leading to an early death at nineteen, when he was killed by corrupt cops in a drug raid, the film becomes all the more disturbing when we realize that Da Silva truly is Pixote in a circle of life imitating art imitating life.

With no reliable source of aide, these street kids are forced to exist at a most extreme disadvantage. The brutal truth in this film may be difficult to digest, but we can’t turn a blind eye. Ultimately, words aren’t strong enough to do this film justice, you’ll have to experience it yourself. 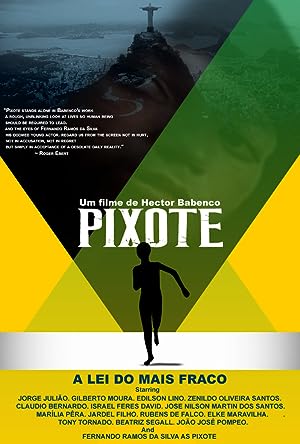 6 reviews for Pixote 1981 with English Subtitles