An astute observation based on real cases of bullying. In central Gothenburg, Sweden, a group of boys, aged 12-14, robbed other children on about 40 occasions between 2006 and 2008. The thieves used an elaborate scheme called the ‘little brother number’ or ‘brother trick’, involving advanced role-play and gang rhetoric rather than physical violence.

A goodwill idea and important film to make, and it did stir up a debate in Sweden, but still I can’t help bring annoyed by the way the film. It’s well played by the kids portraying both the bullies and the bullied and robbed, and you can’t help getting touched by some of the scenes. This is based upon a true event, and we clearly can see the technical the bully’s make. This is not the first time they’ve done this.

Still the problem I’ve got with the film is it’s documentary style. It’s a bit too full of art and feelings. It takes the focus off the topic too often, and makes the film boring. When we want to know what happens next, we get to see things which probably is correct in time-line, but still becomes uninteresting in the narration. The director is filming this as too much of “a fly on the wall”.

This film won the Nordic Council film prize, but is by far the worst film nominated. The prize should have gone to “Kompani Orheim” or “A royal affair”, which I both rated a 9. If you like a slow film about this topic, You’ll probably be more satisfied. The slowness resembles the one in Gus van Sants “Elephant” which also is a better movie. 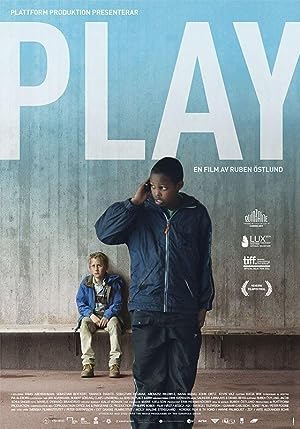