Teenage hormones are difficult to be restrained. High school senior, Jayo is seduced into his first sexual experience by classmate Hara, who eventually kills herself when he ignores her. Since then, he immerses himself in loveless sex until he meets cheerful nurse, Namok. Meanwhile, his pal Seuin has developed a crush on his teacher, which is socially taboo. PLUM is a tender coming of age story about two teenage boys who embrace growing pains in a hard way.

Plum Blossom is primarily about two schoolmates, Se-in and Jay-ho, and their transformation to manhood from the naivete associated with the late teens. Jay-ho is at first very shy about sex, but after his first very emotionally draining experience, he comes to treat sex in a very physical and emotionless manner. Se-in, on the other hand, falls in love with an older woman and seems incapable of accepting the reality that there can be no relationship between the two; his love for the woman pre-empts any deep feelings from developing with any other girls his age.

Within this basic premise, the film follows the two young men from high school to college, and it follows their exploits and heartbreaks along the way. The movie manages to tell a pretty fascinating story about two very realistic, albeit different, guys. As their friendship deepens, a very tight, and genuinely touching bond develops between the two. Their closeness is so believable that there are many moments you almost expect them (or even root for them) to start making love to one another rather than the women they have such little emotional regard for. In fact, there is a homo-erotic undercurrent running throughout the film, both in terms of the relationship between the two males and in the way their bodies are sensually filmed. Se-in even at one point states to his friend that they are essentially one person living in two separate bodies.

There is a point about 15 minutes before the end where I think the movie would have been better off stopping. Instead it continues on to a more dramatic climax, which I think took away a bit of the film’s charm. Nevertheless, Plum Blossom is an intriguing and different take on the growing up theme and is well worth checking out. 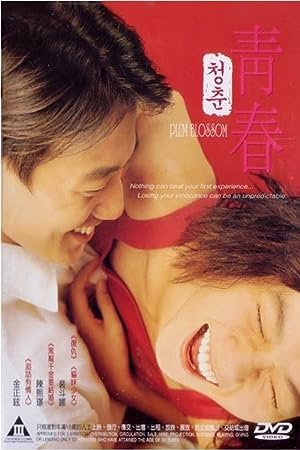