A new teacher comes to class to teach a lesson on a complicated math theorem. The class is waiting completely nude and catches her off guard. She takes off her clothes before the beginning of her lesson. During the lesson, the students put their clothes back on and take away her clothes, as she is concentrated solely on the theorem. Upon finishing, she is embarrassed that they are clothed and she is left naked, but there is now someone at the door. The class ask the unknown to come in, and they find a naked teacher but clothed students. Inspired by a mathematical rhetoric.

“Point de fuite” or “Vanishing point” is an almost 30-year-old Belgian short film that runs for 10 minutes and was written and directed by Olivier Smolders. A teacher enters the class room and finds all her students naked. However, she does not object, but even joins in when they ask her to. Poor woman. She got pranked there pretty badly. This short film is not really about what she says, but about all the actions in here. Okay, it is a bit unrealistic that they really succeed to put back on their clothes again, but it does not take anything away from the comedic moment in the end. Sadly, beyond that great comedic moment, there is not a lot to this short film, apart from the whole absurdity of it all. Still, it was a pretty decent watch and if you don’t mind the nudity and French language (you don’t really need to understand it in order to understand this short film), it is certainly worth checking out. Thumbs up. 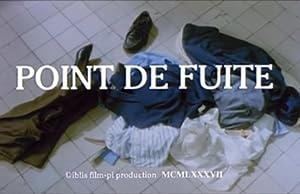 Point de fuite (1987)
10 min|Short, Comedy|18 Sep 2010
7.0Rating: 7.0 / 10 from 221 users
A math teacher arrives at classroom to give a lesson on perspective only to find her students sitting there completely naked and in silence. Totally confused, she undresses as well and proceeds with the class. But there's a catch.
Director: Olivier Smolders
Creator: Marcel Mariën (based on a story by), Olivier Smolders
Actors: Catherine Aymerie, François Galland, Stéphanie Dessens, Sarah Lefévre