While her workaholic mother is away from home, 12-year-old Adar and her stepfather push their role-playing games into dangerous territory. As Adar attempts to delicately maneuver between the tempestuous and fiery relationships at home, she meets Alan – a dreamy boy who keenly resembles her, and brings him into the family. Alan leads Adar through a dark journey between childhood and adolescence, reality and fantasy, which will forever change the rules of the game in the household.

Tali Shalom Ezer’s Princess is about a young girl’s reluctant awakening into the harsh adult world. The framing shots trace the story. In the first the screen is filled with the beautiful 12-year-old Adar’s blissfully sleeping face. Her doctor mother, Alma (=soul), keeps trying to wake her up, with loving caresses. In the last Adar disappears into the crowd of kids going to her new school. Her relationship with her mother has changed into a tentative cease fire.

In between, much happens. Adar has her first period. She hooks up with a young street boy Alan who looks like a tall androgynous version of her. She’s apparently expelled from her own school for truancy. She explodes at her mother, calling her a whore for putting up with her live-in boyfriend Michael.

Michael is the snake in the grass. We first spot him sleeping behind Alma in the same bed as Adar. Later he intrudes roughly on Adar’s exploration of first intimacy with Alan. A teacher, Michael has just been fired so he stays in, cooks, and fancies himself an artist. He wants to do a nude of Adar. His relationship with Adar is at the center of the film. It may help explain Adar’s altered personality at home and her loss of engagement with school.

His relationship with Adar is immediately suspect, as it involves rough-housing, much tickling (of her), and cathartic mimes of physical battle. When Adar first spots Alan he’s doing the latter with another street kid. When Alan later mimes sexual intercourse with Adar he parodies what they hear Michael and Alma doing, but also exposes the underlying significance of Adar’s games with Michael. Though Michael is ardent in his sex with Alma he seems attracted to the boyish Adar. She still has an androgynous body and Adar is a gender-neutral name (as the actor playing Alan reminds us). To desexualize his romps with Adar Michael calls her “Prince,” which only confirms his bisexuality.

When Michael joins Alan in bed Adar tries to bring her mother to see “the worst thing in the world.” She won’t come. Michael’s rape of Alan leads to the lad’s violent departure, Adar’s pain and her anger at her mother’s refusal to face the truth about her boyfriend. To be fair, Alma does perform a nutcracker suite on Michael but she fails to expel him. She knows but won’t admit to herself what he is. After Adar’s first period, Alma blames her not Michael for the dangerous physicality of their ostensibly playful relationship.

The two English songs also carry the film’s burden. The first is ‘You don’t own me,” a young girl’s hopeful declaration of independence. The last song is a valedictory for the lost Alan and for Adar’s lost innocence: “I never thought of changing/But now I can’t forget you./The days are lost without you…. As far as the eye can see/Is much too far for you to be.”

The lesson Adar learns from Alma is that life requires compromise, a moderation of ideals, a withdrawal from absolutes, if the family or emotional peace is to continue, however fragile. Perhaps that’s what this film is saying to Israelis, as a new generation steps out of the traditional political narratives and seeks a psychological dynamic as true for the individual psyche and the family as for the nation. 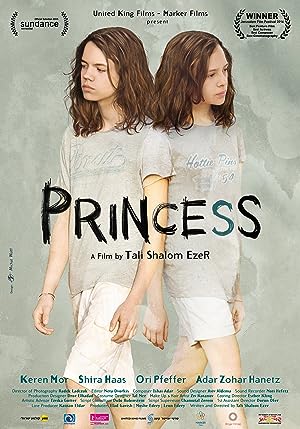