Father Jack is imprisoned for a crime that he has committed. The inmates suspect him of paedophilia and begin to persuade his teenage cellmate of this. His true crime is confessed to a prison guard with whom Jack has fallen in love.

Wow these guys know how to take a tired market that has become swollen with pretty poor product and looked the gay audience in the face and said – you don’t have to watch all that mundane,clichéd crap – you can endure and watch decent and well made films with central gay characters. They did it with SHANK and blew audiences away and with RELEASE they have gone further.

This is a chilling prison drama that draws you into the claustrophobia of the nondescript prison from from one. Father Gillie, stripped of his priestly garb and is marched through the recognisable process of being showered and dressed in prison clothes. Housed in his cell with a younger troubled man it doesn’t take long before rumours abound that the Priest is really a paedophile. Now an easy target thanks to the insinuations he becomes hunted. Security comes in the form of a prison guard who befriends him and with whom love and an affair develops. When safely behind locked doors their illicit relationship blossoms and only then do we learn of the true crime that has put our priest inside…

You will be drawn in, feel uncomfortable with the claustrophobia of the prison, the atmosphere is oppressively scary and you will become emotionally overcome at the true confession of his crime. BUT more importantly you will want more than anything for Father Gillie to get out and to be with his new lover, Officer Martin Crane.

It’s deep, dark and very moving. Great performances from all the cast….all I can say is you’ll never look at surgical blue gloves in the same way every again after seeing this film…… 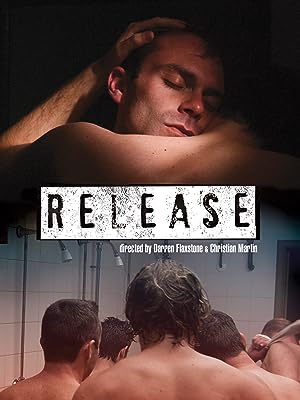 Release (2010)
87 min|Drama, Romance|25 Apr 2010
4.9Rating: 4.9 / 10 from 510 users
Father Jack is imprisoned for a crime that he has committed. The inmates suspect him of paedophilia and begin to persuade his teenage cellmate of this. His true crime is confessed to a prison guard with whom Jack has fallen in love.
Director: Darren Flaxstone, Christian Martin
Creator: Darren Flaxstone, Christian Martin
Actors: Daniel Brocklebank, Garry Summers, Bernie Hodges, Wayne Virgo