Four teenagers decide to spend their summer holiday on a camping at the beach. Officially to disseminate ashes of a grandfather, but foremost to finally get laid.

Nobody goes to Renesse with the expectation to see a quality film. If so, then not watched the trailer, not seen and not read the synopsis of the poster. Are you going to end up with all the recombined scraps courage to the movies, and do you really your best, even to discover hardly positives.

Zeeland Renesse is purely a peg on which to hang a story on – in this regard could take place anywhere. A story so simple and useless that you wonder what the movie is about. Let’s keep on friendship and love.
Within the group of friends of four, three great loves to plums. The fourth is absolutely ridiculous. The thick stores the blind on the hook. She does not know what he looks like, so she feels firm attracted to his inner self. But he’s lying all together, so where is that love based on? Like the film itself Renesse: nothing.

In the absence of any form of the story does not remain. Often clumsy acting, sloppy editing and one-liners that can not count on a laugh.

Renesse, there will be but a film like this named after you. (google translated) 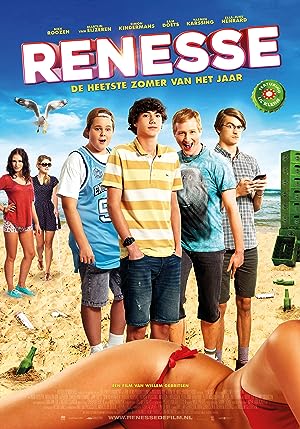