Months after they broke up, Gunnar receives a strange phone call from his ex-boyfriend, Einar. He sounds distraught, like he’s about to do something terrible to himself. Gunnar drives up to the secluded cabin where Einar is holed up and soon discovers that there’s more going on than he imagined. As the two men come to terms with their broken relationship, some other person seems to be lurking outside the cabin, wanting to get in.

Two actors, a summer house in the countryside and fifteen days to shoot the film – that is all you need to create a masterpiece if you just have a good story at the bottom.

Icelandic “Rökkur” (or “Rift”) is about two men that processes memories of an ended love relationship in a place where folklore says that memories are distorted and you can not trust your senses. This opens up a truly surprising story that made the audience at the Gothenburg Film Festival scream of fear in the packed theater – and yet it is not a traditional horror movie. With very small resources director Erlingur Thoroddsen creates a condensed story of love, loneliness and betrayal – packed with the kind of spooky atmosphere we like to associate with Iceland, where fifty percent of the population is said to believe in elves, ghosts and goblins. Everything – good as bad – backed up by the overwhelmingly landscape.

Normally you feel extremely frustrated when you see a movie with questions still without answers. But here it feels completely natural! It becomes part of the complexity of relationships; the ambivalence we city dwellers feel about nature and the unknown; and a mirror image of our own inner demons. And it only feels stimulating to wrestle with the questions about what is real and what is the characters (and perhaps even our own) fantasies.

The Icelandic title “Rökkur” means twilight. But Thoroddsen said with a laugh in an interview that when he was thinking of an alternative English title to the film, he considered “Twilight” already occupied. But make no mistake about it: this movie IS truly Twilight!

It’s low budget at it’s very best! This is what you can get from a talented director who rather relies on a good and suggestive story than on special effects! 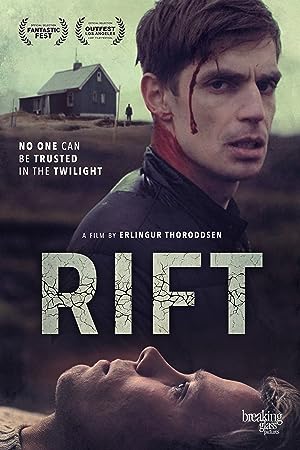