Manny has moved to a new school, and it’s not easy to fit in. After wishing he had more friends, Manny finds a mysterious collar and puts it on Rufus, the family dog. Suddenly, Rufus turns into a boy! Manny’s not sure what to do, so he enrolls Rufus in school. When the other students notice Rufus’s silly dog antics — chasing squirrels, eating without utensils, asking for belly rubs, and catching a frisbee with his mouth — he immediately becomes the most popular kid around. Manny is jealous of his new best friend but eventually learns that a dog’s loyalty to his owner always comes first.

“Rufus” is a very recent television film that runs for 42 minutes and stars a cast of upcoming teen actors in the core roles. Unfortunately, these do not have a great deal of talent and that refers particularly to the actor who plays the title character. The story is very generic for kids films these days, nothing we haven’t seen already and it was done better most of the time. The fantasy aspect is about a dog who turns into a boy. The drama is about another boy who has no friends at his new school, but of course, he quickly grows affections for a girl and there are slight indicators of romance. I also found it painful how this film tries to be so diverse with the girl being Asian and the White boy having a Black dad apparently. In terms of the story, there is really nothing good in here. A mysterious amulet gets the kids into contact with a couple criminals, but they are just way too clumsy. Also, maybe the worst thing about this film, I felt it does not really have heart or emotion in ti and it’s certainly on the pathetic side how this film fails at being funny despite trying so hard and even worse how it takes itself so seriously during the dramatic moments. This is nothing your kids should see and if they really decide to turn this pilot episode into a series, I will not watch it. Thumbs down. 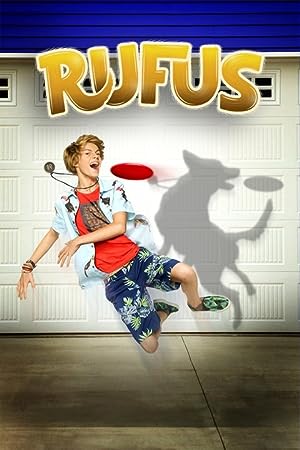