William, Jack and Chris have been friends for as long as they can remember – until that day in April when Jack ends up under the wheels of a tractor, his body crushed, William at the wheel. Suddenly nothing is left of the boys’ friendship. Chris tries his best, but William is one lump of impenetrable rock, secretly wondering if the events of the night before, when Jack went off with fifteen-year old Marianne, had anything to do with the accident…

Shocking Blue is an hypnotically filmed character portrait and ballad about a boy’s inner struggle to grapple with very strong, unanticipated emotions. Thomas (van Weelden) is dazed by shock and guilt over his high school chum’s sudden and gruesomely violent death. The event triggers a flood of feelings for which no one has prepared him, at a time when life has already found him conflicted and uncertain.

Confronted with the requirement to understand his sentiments regarding a promiscuous sister, an estranged mother, and the opposite sex in general, Thomas has few coping options or sources of emotional support other than a third friend who was complicit in the accidental death, so he engages himself in his dream of breeding a rare, blue tulip. Thomas’s quest to create the azure flower serves as a mild metaphor for the cycle and fragility of life, those things which are desirable, fleeting, or difficult to obtain, and the inevitability of death.

When Thomas meets a girl with whom he finds himself quite taken, he is appalled to discover that she is carrying his dead friend’s child. This revelation triggers a new wave of confusion and conflict for him. Thomas finds himself facing his first significant challenge in life, when he must decide whether to cling to youthful abandon, or ascend to the next level in his maturation.

Shocking Blue surprised me in that the film manifests a rare depiction of teenagers who are genuinely likable, wholesome characters. Unlike the under twenty-somethings portrayed in most movies, they are neither Philistine, nor culturally self-destitute, wallowing in a frenzy of drug- fueled rap music, tattoos, and piercings. To the contrary, Shocking Blue’s characters are reasonable, sympathetic kids. The gentle mood and quiet presentation of their story makes studying their interactions absorbing and thought-provoking.

Shocking Blue treats its subject in an intimate, non-convoluted manner. The plot is linear and the story deceptively simple. The viewer may find himself mesmerized into a serene state of enchantment until the climax slaps him back to reality with a sensational misfortune right out of a Sam Shepard play. There is little shock value in Shocking Blue however. No violence, nudity or plot twists. While the title, “Shocking Blue” tickled my twisted imagination and made me hope for a foreboding story about deception,jealousy, and murder, I am quite content to have instead discovered this intriguingly pensive and pastoral art film. 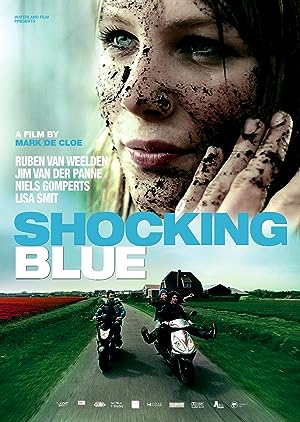