A drama that tracks the relationship between two young apprentices working on an agricultural complex south of Berlin.

“Harvest” is a minimalist docu-drama concerning life in a German farming community. Utterly realistic production that uses a cast of mostly non-professional actors, to show, without any silly pretensions, the lives of two guys who discover they have some deep emotions for each other, in the midst of a very unlikely environment. The look of the film is beautiful, in the same vein as the early works of Peter Weir, and the German countryside, filmed mostly in the early morning, seems to be shrouded in rays of sunlight. Marko decides to give up a career as a banker in the city, to pursue a career that will bring him closer to the land. Thus an uncomfortable friendship begins with Jakob, another young guy, training to be a farmer, but not really happy with the life. The tension builds as the two realize their feelings for each other go beyond friendship, but each is unsure of how the other is feeling. And in a rural setting like that, neither one wants to take the first step. When it finally happens, a world opens up for them both, as they steal a car and drive to Berlin, where they can be more comfortable to explore their emotions.

The fact that two people can find each other in such an environment is a true miracle. “Harvest” is perhaps one of the only gay-themed films that is completely without pretensions, totally without those silly and insulting gay stereotypes. Also, this German film succeeds where the similar-themed “Brokeback Mountain” fails, in that it avoids the usual pitfall of ending in shame and tragedy. It is very nice to see a romantic story about a same-sex couple, where someone doesn’t end up getting gay bashed or dying of AIDS or some crap. Yes, this one is totally devoid of that element. And in the end, we are left with an optimistic feeling that these two good guys found each other and that they are going to be OK because of it, rather then punished for their “crime” of caring for each other, like in the melodramatic “Brokeback Mountain.” Jakob and Marco are very real guys, and immensely likable. Films like this are very important, as they shatter old stereotypes of how gay people look and behave. I notice a lot of people did not like the film; they called it “boring,” and made fun of the farming element. Well I’m guessing that these people might be of the stereotype kind of gay men, who can only relate to nightclubs, drug taking and rampant sex between strangers. I think these people are a bit outdated. I highly recommend this amazing and lyrical film; it is truly unique. Just don’t expect a theme song or any drag queens. Don’t expect sex scenes either; you won’t find it here. what you will find is a slice of real life. 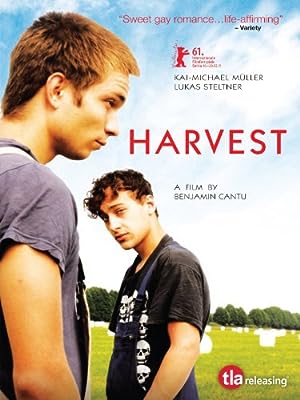