Jessica Olsen goes to Los Angeles with nothing more in mind that visiting her grandparents while her sister tries to meet Christopher Wilde. One night she meets Christopher Wilde. They go on an adventure around Los Angeles and start to like each other. When Jessica returns home, Christopher, on national TV, says he doesn’t know her, and never met her.

I have to say that I do like the plot of this movie. I thought it was different, it certainly isn’t something I’ve seen before. However, This is clearly a made for TV kids movie. The script is cheesy (normal for Disney, though) and poorly directed. They just don’t make it seem real. That seems to be one of Disney’s biggest problems lately, they make these movies that are supposed to be inspirational or lesson learning for kids, but they’re too unrealistic. This follows suit in the Disney portfolio. 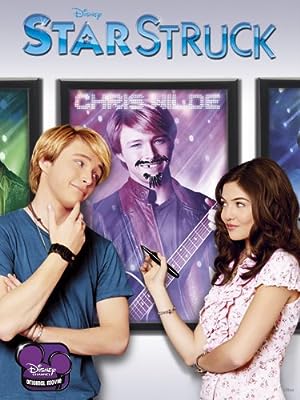 Be the first to review “StarStruck 2010” Cancel reply