Two narratives clash violently in this meditative portrayal of disaffected youth set in a graveyard of abandoned mobile homes known as Sunset Edge. We follow a group of four aimless, suburban teenagers – they skateboard the park, sleep in the sun, and rummage through the decaying remains completely unaware that this is where a lonesome teen is confronting a horrific past. Day turns to night, people disappear, and the secrets of Sunset Edge are revealed in a paralyzing finale. Sunset Edge shines as a mesmerizing indie Southern Gothic tale loaded with suspense and lush visuals. Using sparse dialog and techniques culled from his previous two feature documentaries, Daniel Peddle’s debut work of fiction is a haunting coming-of-age story that will have viewers holding their breath!

Different then anything else I have seen. In the world of too-much-alike-movies it was a breath of fresh air.

Loved the visuals, directing, and little details mattered to this movie in a big way I felt. The way everything looked captured my attention from start to finish.

If you are expecting standard horror this is not what this movie is. But if you are looking for something that is different from anything else you might have a good time like I did.

The description and rating on netflix streaming (it will be pulled in some unknown amount of time but is there at the moment) got my attention. The description of some onlooker watching people seemed spooky, and yet it had one star, why? It is the type of movie that might be misunderstood, but really it is not bad at all. 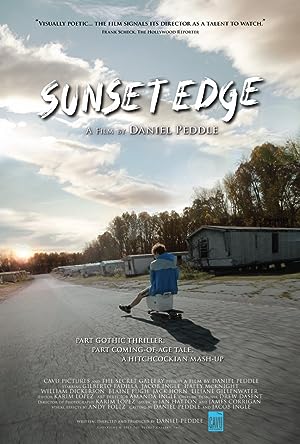 Be the first to review “Sunset Edge 2015” Cancel reply