Teenagers Zach and Josh have been best friends their whole lives, but when a gruesome accident leads to a cover-up, the secret drives a wedge between them and propels them down a rabbit hole of escalating paranoia and violence.

Then Super Dark Times might have been it. Overall I enjoyed this film and I do recommend it. The performances of the young actors are well done;I especially enjoyed the performance of Amy Hargreaves (the attractive mother) who plays the mom as someone who is unaware of the exact situation her son has gotten himself into, but she is NOT your stereotypical naive and clueless parent that is so often portrayed in such films.

That said, the film is not without its faults. The opening scene which the director NEVER returns to makes absolutely NO SENSE in the context of this movie. Additionally, having been a high school geek myself (although that was back in the late 70s and early 80s), I find it odd that the cute girl (played by Elizabeth Cappuccino) would even have the slightest romantic interest in the nice guy geek Zach played by Owen Campbell; sorry but those of us who fall into the “late bloomer” category know that growing up, the most we could hope for from the cute girls was to end up in the friend zone and foolishly hope that one day she would wake up and realize that the nice guy is the guy for her (BALONEY!) That subplot reeked of a writer’s fantasy to me.

One particular standout was Sawyer Barth as the eighth grade boy from another school who accidentally gets caught up in the violence. I must say, this young fellow gave a very underrated by convincing performance in a supporting role.

Finally, a few points about how the ending unfolds as it does left me somewhat confused. I could not understand why one particular character behaved a certain way, nor did I understand why someone else did NOT do something that should have been fairly obvious. That’s all I want to say since I don’t want to spoil it for anyone. I give it a recommendation if you like dark coming of age stories. 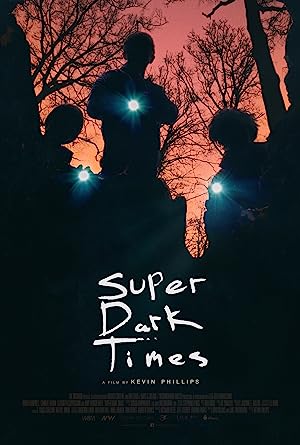 Super Dark Times (2017)
103 min|Drama, Thriller|29 Sep 2017
6.6Rating: 6.6 / 10 from 13,899 users
Teenagers Zach and Josh have been best friends their whole lives, but when a gruesome accident leads to a cover-up, the secret drives a wedge between them and propels them down a rabbit hole of escalating paranoia and violence.
Director: Kevin Phillips
Creator: Ben Collins, Luke Piotrowski
Actors: Owen Campbell, Charlie Tahan, Elizabeth Cappuccino, Amy Hargreaves

Be the first to review “Super Dark Times 2017” Cancel reply