A “Hitlerjugend” kind of story, set in the Soviet Union during the Second World War, based on a fictitious story from the eponymous book by Vladimir Kunin. The Red Army has a gang of juveniles for a clandestine operation against the Nazis. The boys are trained by a dangerous crime lord at a top secret boot camp. They are doomed to die in the mission, or after it, just to keep it a secret.

I was surprised by the quality of this film. Sure, the ending was hyped, but just look at American films. (Boys on bicycles flying past the moon?) Why can’t foreign films use a little hype now and then. Nobody seems to claim this is a true story, and it isn’t. It is a boys’ fantasy. Perhaps a bit too much blood and gore to get a PG rating, but part from a few swear words (Mother who?) well I’ve seen worse. Quite a few kids are killed and suffer violence, Not much worse than “Goblet of Fire” really, but I think, if anything, they pulled their punches in the training scenes. Real kids commando training is very much rougher than they showed. I’d be happy for teens over the age of fifteen to watch it. The film deals with the subjects of attitudes to boys, boy bashing, and the use of child soldiers. It also has a lot of moral issues that can be discussed. On the whole, I’d like to see a film with English dubbing. it would be worth it. Well done, guys. The kids acted well, too. 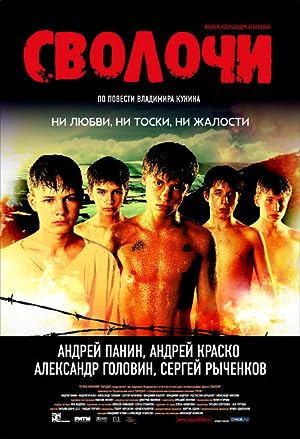