In a post-apocalyptic future mankind is lives in a prehistoric manner. After killing his father for sexually assaulting his girlfriend, the son of a tribal leader runs away with a group of his teenage friends. They are taken in by Neil and Judith who introduce them to the vices outlawed by their tribes namely sex and drugs.Neil and Judith, however, are genetically altered indestructible mutants who have their own plans for the future of the human race.

This is a stupid movie with some really bad acting by the villain and the usual corny dialogue but if you enjoy Larry Clark pictures, as all of us do, obviously, then you will get a kick out of it. It’s such an unnatural combination of style and subject matter that it is what you might call “a hoot.” Unless you don’t like to have a good time, you will probaly like this picture. 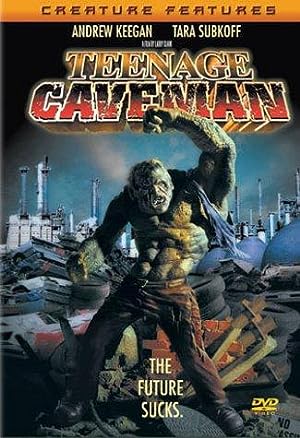 Be the first to review “Teenage Caveman 2002” Cancel reply