*May Contain Spoilers* Dennis attends a school with a very strict dress code and, although he is their football team’s star striker, he feels out of place, missing the glamorous mother who walked out on the family, leaving him feeling estranged from his father. After being attracted to a fashion magazine he befriends free-spirited school-mate Lisa, a talented would-be designer, who persuades him to model a dress she has made. Initially he feels awkward but takes to the cross-dressing as his own form of rebellion and wears the dress to school, passing himself off as a French girl, but he is exposed and expelled by the stony headmaster. With no Dennis the soccer team looks doomed in a cup final against a superior side but Lisa has an idea and the whole team takes to the field in dresses, defying the head to expel them too if Dennis cannot play. As a result he helps win the cup and is declared a hero, reunited with his father, though he is still expelled – until he discovers the headmaster’s own guilty secret.

Adaptations of the children’s books by David Walliams have become a sort of fixture of the Christmas TV schedules, and this was the third of these.

I enjoyed the first one ‘Mr Stink’, but I found this one to be a little dull if I’m honest. It has its moments, and the message behind it is good, but I didn’t find the cast to be as full of big names as previous adaptations, and crucially for only an hour film, it dragged.

The lad playing Dennis does well and he is ably supported by the always fun James Buckley as a PE teacher and Harish Patel as Raj. I didn’t find Jennifer Saunders role particularly funny at all though.

It is a well made adaptation though, and well worth watching on DVD. 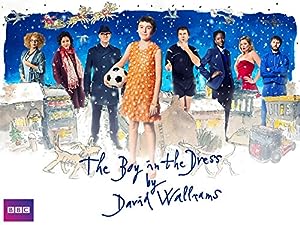