Home » Movies in English » The Boy Who Smells Like Fish 2013

At first glance, Mica seems a perfectly normal boy. But first glances can often be deceiving… For one, Mica’s house is now a museum honouring Guillermo Garibai, the legendary Mexican crooner. Mica spends most of his time there, giving guided tours to aging Garibai fans. But stranger still, Mica smells. He smells like fish. Numerous doctors, his life-long therapist and even his own parents are at a loss. No one wants to be Mica’s friend. Girls won’t talk to him. His life appears pointless, uneventful, doomed. That is, until Laura walks into it.

This is a wonderfully quirky romantic comedy, but far from the generic fair that tumbles out of Hollywood on a regular basis. The story of a boy who smells like fish and overcoming the adversities of life. I saw this movie three times on consecutive days, and enjoyed it every time. Not your typically Hollywood fair, rather unique and charming with excellent performances by Douglas Smith and Zoe Kravits. So, wonderfully endearing. I say the following in many of my reviews; if you are into standard Hollywood Blockbuster formula movies, then perhaps this is not the movie for you. However, if you love independent film, and you like new ideas, then you will most certainly like this movie. I personally loved it, which is why I watched three times in a row. 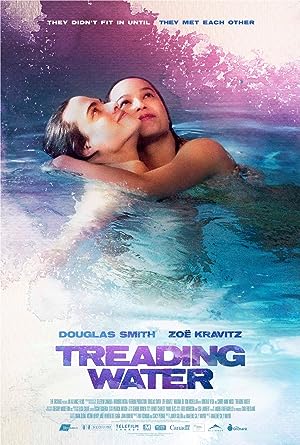