After the death of her husband, the mother of Julie, Jack, Sue and Tom begins to suffer from a mysterious illness. Aware that she is going to have to go into hospital she opens a bank account for the children, so that they can be financially self-sufficient and will be able to avoid being taken into care by the authorities. Unfortunately she also dies and Julie and Jack (the older, teenage children) decide to hide her body in the basement so that they can have free reign of their household. Soon Tom has taken to dressing as a girl whilst Sue has become increasingly reticent, confiding only to her diary, meanwhile Jack and Julie sense an attraction developing for each other. However Julie’s new beau, Derek, threatens to unearth the many dark secrets within this family as he becomes increasingly suspicious of Jack.

There’s an almost heroic honesty to this urbanized, co-ed “Lord of the Flies”-ish love story. A square stone house serves as the isolated island while the jungle is the familiar setting of urban sprawl and other people. Director Andrew Birkin, in adapting Ian McEwan’s novel (The Comfort of Strangers) to the screen, doesn’t try to shock us. He just ignores our prejudices and lets fall away our preconceptions. What emerges is a sense of liberation from the usual hypocrisy.

The love story is an acting out of sister-brother incest, almost a celebration of it. “Seems natural to me” is what fifteen-year-old Jack (Andrew Robertson) says while in the naked embrace of his older sister Julie (Charlotte Gainsbourg). I could almost buy it, but I know of the “kibbutz effect” in which it was found that unrelated children growing up together virtually never married one another. If sister and brother grow up separately there can be sexual excitement between them, but if they grow up in the same household they tend to find each other sexually boring. Family members usually work out the sexual tension through play at an early age so that by the time they are sexually mature, they are looking elsewhere. That’s how the incest taboo works. Its purpose is to channel the sexual drive outward, the better to mix the gene pool. For the individual, incest is not an attractive option socially or economically because it is so much better to increase one’s family and influence by joining with someone from another tribe or band. If you marry your sister, you don’t gain any brothers. Consequently the average person recoils at the mere suggestion of incest, and it is this mindless, knee jerk reaction that this film attacks.

Consider isolated families in the pre-history. What other reproductive choice would they have? Certainly it is better to reproduce in the hope that the next generation might find partners. This evolutionary wisdom is what is captured here. The sexual drive is seen as stronger than society’s ephemeral prejudices, and rightly so since our genes must survive even when the society is stupid and self-destructive in its mores.

Birkin’s direction lacks focus in the beginning and the editing seems brilliant and disjointed by turns, but Birkin eschews even the hint of a cliché and ends up with a slightly flawed, but engrossing, strikingly original work of cinematic art.

I’m disappointed that the sound track did not include the seventies Motown tune, “It’s a Family Affair.” 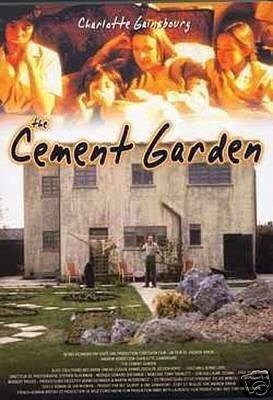