Simon Sachs, a terminally ill ten year old boy, claims to have been a serial killer in his previous life and apparently he can prove it. He leads a lawyer, Robert Stern to the locations of the bodies, who were killed long before Simon was born. Stern takes on the most compelling and mysterious case of his life.

Generic, but still one of the better movies Eric Roberts seems to have done in a while now! Of course that shouldn’t count in a vote you cast, but since I like him, I added one extra point to the 4 I would’ve normally given this movie. Acting is decent enough, story not too bad either. Relationship kinda work, while pace is as you’d imagine it to be.

Of course the movie will not really surprise you with many things (though I did like the general idea with the kid). The ending does explain what happens, though you’d imagine someone would’ve thought of that earlier in the story. The movie seems to have a lot of German money in it, which is obvious by the casting they did. It’s nice seeing some people that are identified/known for something else breaking their image in this. OK, but not as good as the story could’ve been 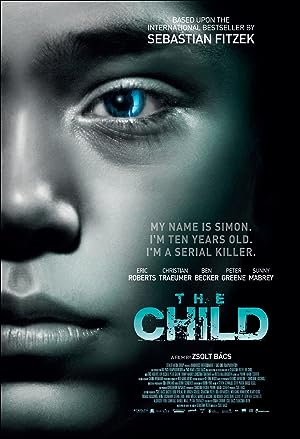 Be the first to review “The Child 2012” Cancel reply