Jake loves living in Chicago but when big city violence hits a little too close to home his parents buy a campground in rural Minnesota and move the family there. Jake hates living at the campground until he meets Peter, the boy across the river. The two quickly become best friends and spend a fun-filled summer together on the river. In one of their conversations, Peter shares his Christian faith with Jake. Jake uses his new faith to help a friend through a tragedy.

I was amazed at the quality of the movie. I had heard it was a first movie for most involved in the production and wasn’t expecting a high level movie but the filming, audio and acting was great. Very good story line with humor and drama that pulls you into the movie. There couldn’t have been a dry eye in the house even for us tuff guy’s that never cry….there was a strong current of tears flowing from my eyes and those around me. In this day where so much of the entertainment world puts out high violence, foul language, and sex in their films and other entertainment, it was very refreshing to be able to go to the theater and watch an excellent movie without that usual hype and to have God’s message presented. You have to see this movie, it will move you inside in a very positive way. 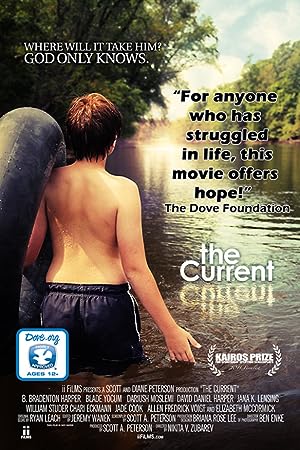