Gay couple Simon (Tom Merlino) and DJ (Brian Patacca) are going on a holiday vacation, they’ve asked Ricky (Nick May) to house sit for them…..What role does Ricky really plays in the gay couple’s lives? A houseboy, a house sitter or the unofficial third lover????? As Christmas is coming nearer, Ricky decided to while away the time by online hook ups and tricks A plan is building inside Ricky, he will have a surprise Christmas present to the gay couple when they come back……Will Ricky continue this plan on Christmas Eve?????

Very interesting movie it hits on various points on cute houseboy Ricky (Nick May) played his character quite well. There is nudity in this film as well as drug use going on and the cast of characters entering and departing from his moment in the movie is typical of what u would find in any gay persons life. Make sure u watch the deleted scenes there’s more fo the story there. You must watch it after the movie it will tell u a very crucial piece of info of the end of the movie wont tell u. Movie should affect anyone at any age even though it covers the a week of a 21 yr old it touches on many things that happens to each of us gay. One thing bad about the DVD it had no subtitles option. 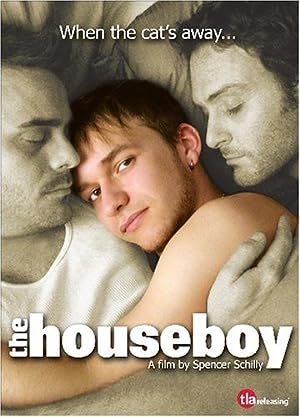