In 1995, Jonah is proud to be the loner at the teen mental health clinic. But when a new patient, Richard, is admitted and the boys are forced to share a room, Jonah finds himself forming a connection despite himself. But will their bond be strong enough to protect them from the darklings that hide in the night shadows?

This short film runs to 22 minutes, which doesn’t sound like much, but is quite an ask when I’d say the majority of short films would tend to be around the 8-10 minute mark. With longer short films, you can find that the runtime is excessive and maybe the same could have been done in less time however with this film it actually cuts the other way because 20 something minutes really isn’t enough for how much is in here. The story is set in a mental health clinic for troubled teens, and here is where we find self-harmer Jonah, who greatly enjoys his role as aggressive loner of the clinic. When he is forced to share a room with new boy Richard, he is resistant, however a shared understanding of each other’s struggles brings about the seeds of a sort of friendship.

The nature of this relationships brings in a sense of vulnerability to Richard, a question over the sexuality of the two boys, and a series of reasonably disturbing scenes where the boys’ emotional demons are given a very literal on-screen translation. The style of delivery is quite clipped and defensive, which makes it a little hard to watch at first, but grew on me as an approach because it felt realistic to the characters and material. These barriers never totally fall, but small things give insight and give some thoughts about the relationship which go beyond the stuff we expressly see. All of it I found quite engaging, but there is an ironic problem here – which is that it almost tries to do too much.

I am not sure if this is a pitch at a feature, but there are almost too many ideas and as a result everything feels like it could (should?) have gone further, or had more detail put into it. This applies to the individuals, their situations, the clinic, the demons, the nature of the boys’ relationship (or at least Jonah’s side of it), and several other aspects which are present but could have been more. Hopefully this does mean that the plan is to make this a feature, because it offers horror elements but with the chance for some well observed character aspects too. In that regard, the cast probably would not carry over to a feature – they are good enough for the material, but don’t really deliver; perhaps this is a knock-on effect of the film trying to give them so much to do, but while I did like Wallace in the main role, I didn’t think Fern had as much chance to make an impression.

The Last Time I saw Richard is an interesting film that, while longer than average, probably suffers from having too many good ideas, meaning that almost all aspects has room to have done more or to have greater detail to get into. I tend to like my short films just to remain short films, but this is one of the cases where I would love to see what more time and resources could do with such an interesting short as its base. 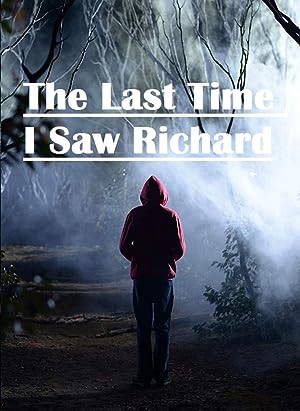