Sensitive, somewhat effeminate farm-boy Duncan Mudge can barely cope with grim, since Ma’s death even gloomier father Edgar’s manly expectations, and seeks comfort in petting a chicken he associates with his late Ma. Macho mate Perry Foley, who has it physically even harder on his dad’s farm, usually comforts Duncan and defends his ‘wimpiness’ to their cocky ruffian mates Travis, Scotty and Brent. But although clearly attracted to gentle gentile Ducan himself, the socially unacceptable suggestion of ‘sissy’ homosexuality makes Perry over-react and turn on his friend.

The sensitive hero, Duncan Mudge, beautifully played by Emile Hirsch, is victimized by a society characterized above all by fear and the cruelty this fear generates. In another lovely film with a similar theme, (“Get Real”), Steven, the main character asks, “What is everyone so afraid of?” Indeed that is the question that lurks at the core of this film. The answer is, of course, that everyone is afraid of being who he/she really is, thus earning the ridicule of everyone else who is suffering from a similar fear. Duncan seeks acceptance and affection, which he cannot get from his uncommunicative father, from a neighbor boy, Perry, whose instincts are in conflict, who is only half eaten by fear. Duncan tries to reach the better other half of Perry and crashed into Perry’s ambivalence and is exploited in the process. Another reviewer here has said that Duncan is stupid. Can’t Duncan see what is happening, why he is treated so cruelly by his peers? Why doesn’t he give up his quest to be himself and conform? Isn’t that what all of us do? I am put off by the question so often raised of whether this is a “gay film,” or whether Duncan and/or Perry are gay. What bothers me about that is the need to categorize, to fix a label on a person, to commodify him. This provides an escape from seeing and relating to someone else as a complex person in his own right, not someone who fits in this box or that box. This need to classify, to objectify and to control is also a product of fear. I think it was H. L. Mencken who defined Puritanism as “that haunting fear what someone, somewhere, might be different.” We are still in essence puritans. 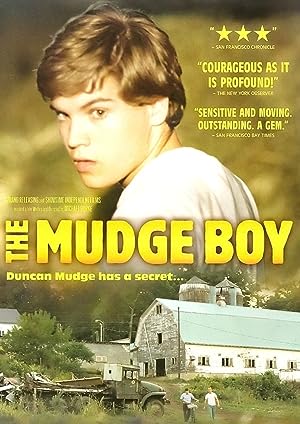