The Painted Bird 2019 with English Subtitles

In an unidentified area of war-torn Eastern Europe, a young boy is sent by his parents to live in safety with his aunt. But she dies unexpectedly, so he sets off on a journey to return home. He roams alone in a wild and hostile world in which only local rules, prejudices and superstitions apply. His struggle for virtually physical survival after the war turns into a battle of a different type. A battle that he doesn’t even realize, a fight with himself, a fight for his soul, for his future.

This movie is the perfect embodiment of the novel I read in my youth. and that changed my life. It reveals in detail all the horrors of the prejudices so present today, where the painted birds are all those people disrespected for being poor people, migrants of other races, gender orientation or ideologies. A movie about the world TODAY. 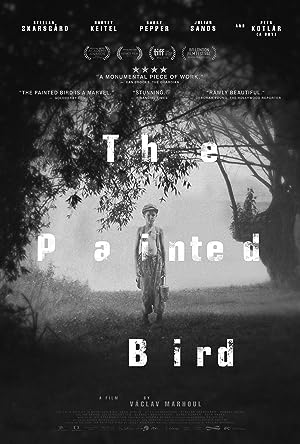 4 reviews for The Painted Bird 2019 with English Subtitles