1970. The Prince, moved by jealousy and doubts about its sexuality, kills the Gipsy, his bestest friend. In jail he’ll meet the Horse, a respected gangster in prison through which will discover, by force, the immense human need of love and being loved.

The story revolves around a 20 year-old called (Jaime Juan Carlos Maldonado) serving time for stabbing his best friend (Cesare Serra), possibly in flagrante delicto, in the opening scene. In flashback, we see Jaime unable to express his sexual feelings in the Chilean town of San Bernardo, but these episodes donxe2x80x99t successfully inform what he has now become and play out rather like stand-alone vignettes. Sharing a cell with four other guys he soon becomes close to Stallion (Castro) a sort of prison gang leader who will open him up sexually and teach him the ways of world, jail-wise. The prison is a violent place but therexe2x80x99s also lots of full on sex, and Jaime soon starts to enjoy himself in this permissive set-up that would be undreamed of in the outside world, back in the day, but one that provides endless playmates for Jaimexe2x80x99s amusement, until it all ends in tears. Quite why Munoz has decided on this rather dated minor work- given todayxe2x80x99s permissiveness xe2x80x93 will be beyond most people. But it will go down well with the LGBTQ crowd despite its rather threadbare narrative.

The best thing about The Prince is Alfredo Castro (Blanco en Blanco) who puts a world weary complexity into his role as the oldest male prisoner in Jaimexe2x80x99s four bunk cell. He has a younger lover (Sebastian Ayala) but throws him over in preference to Jaime, hence his nickname xe2x80x9cthe princexe2x80x9d. 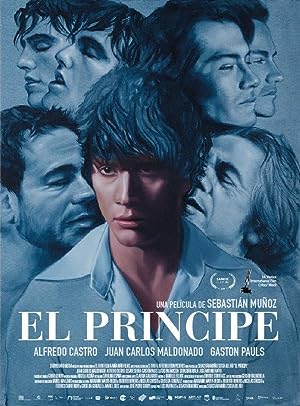