Home » Non-English with Subtitles » The Shame 2009 with English Subtitles

The Shame 2009 with English Subtitles

A young married couple, not knowing how to deal with their new adopted son’s behavior, decides to give him back.

i saw this film by chance. it was shown at the Spanish institute for free and i had no expectations. i was totally blown away by it. it was such a subtle and beautiful story told without judgement or bitterness of a wealthy couples struggle to foster a child. the boy has come from many homes and cannot settle. he wills this new family away and they comply. the boy is too difficult, he cannot adjust to a new life and the couple decide that the cost to their relationship and their own well being is too high. and the film follows their day as they struggle to defend this decision to each other and then the social worker that comes to vet them for adoption. i shan’t describe all the plot twists for fear of spoiling some of the extraordinary effect of this film but everything is so beautifully realised.

it is a beautiful and painful film, deserving a wider audience and i hope at least that the director, a new one to film i believe, will continue to produce such fine work. 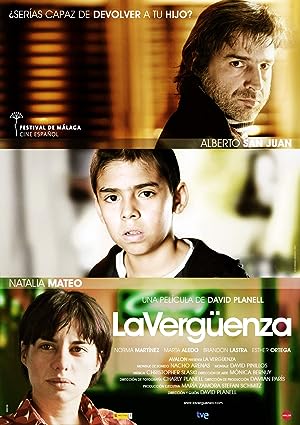