A college student on suspension is coaxed into babysitting the kids next door, though he is fully unprepared for the wild night ahead of him.

If you’re looking for a comprehensive review of this movie then this isn’t it… I only watched half an hour of it. To be honest, up to the point of the cocaine going everywhere, I wasn’t really hating it. I think I had just reached my life quota of watching films where coke is easily robbed and explodes all over the protagonist. It’s not like I am some sort of fiend who can’t stand the idea of coke going to waste, even fake movie coke; that’s not the point. It’s just nothing like in a comedy when someone gets puked on and you literally only have to see it for less than 5 seconds. The clean up process occurs off screen and the movie continues. Instead, the cocaine becomes the whole premise of the movie. So as I watched Jonah Hill wrestle with a kid in the car over some kind of Fabergé egg (that we all knew was full of coke) I thought ‘If this goes everywhere I am turning this off’ and it did… So I did…

Because like my Daddy always used to say “You spill $10,000 worth of coke all over yourself, and that sh*t is occupying your whole day…”

He didn’t really say this… 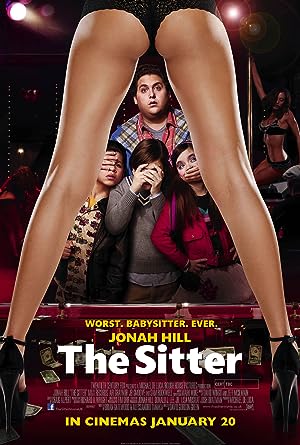 The Sitter (2011)
81 min|Comedy|09 Dec 2011
5.7Rating: 5.7 / 10 from 65,405 users
A college student on suspension is coaxed into babysitting the kids next door, though he is fully unprepared for the wild night ahead of him.
Director: David Gordon Green
Creator: Brian Gatewood, Alessandro Tanaka
Actors: Jonah Hill, Max Records, Ari Graynor, J.B. Smoove

Be the first to review “The Sitter (2011) UNRATED” Cancel reply