Home » Foreign Movies without Subtitles » The Story of the Stone 2018

The story has been adapted from the classical novel of the same name, adapting the characters and events from the original story to life at the Red House in Taipei’s Ximending area. The film avoids focusing on moral issues and in making any judgments. It displays an honest and natural depiction. It depicts gay life in Taipei and discovers a darker side to Taipei, as well as exploring despair, reincarnation and hope.

One of the things I liked about this movie is that it wasn’t about exploring a particular issue and building a story about it, as is the case so often in LGBT+ movies, but it really just depicts almost ‘a day in the life of’ a particular segment of the gay world that genuinely exists. I could almost put a real life name to most of the characters in the movie, have had most of those conversations on a day-to-day basis over the years, and seen or experienced most of the events that happen. Moments were happy, others were sad, some were matter-of-fact, but most of it let me take an objective view of the world going on around me, that most of my hetero friends would be shocked to hear of about me. Issues manifested themselves naturally by just “people watching”, as felt like real life for me. Don’t get me wrong, this is not representative of the entire gay community, or even the majority, but it feels real for that certain segment it is very real. I am not Taiwanese but I was seeing it with Taiwanese gay friends and they agreed with me 100% on it. I can’t wait to own it on DVD but that’s going to take a few months since it doesnt even come out in Taiwan for a couple of months. 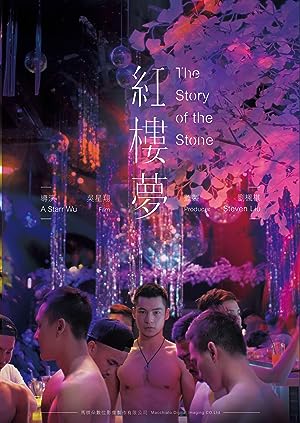 The Story of the Stone (2018)
106 min|Drama|19 Oct 2018
5.2Rating: 5.2 / 10 from 40 users
The story has been adapted from the classical novel of the same name, adapting the characters and events from the original story to life at the Red House in Taipei's Ximending area. The …
Director: Starr Wu
Creator: Starr Wu