Home » Non-English with Subtitles » The Tree 2014 with English Subtitles

The Tree 2014 with English Subtitles

One story, three angles. In three chapters, the film’s plot is told through the eyes of two brothers and their mother Milena as we witness a tragic situation which befalls the family as the result of an accident. The two sons, adolescent Alek and his younger sibling Veli, are unable to leave their house, the only place where they feel safe. After a period of time, however, their refuge becomes a prison for the boys.

The film is told through the eyes of two brothers Alek (Jernej Kogovsek) and 9-yr old boy Veli (Lucas Matija Rosas Ursic) and their mother Milena (Katarina Stegnar) as we witness the situation these characters go through as a result of an accident. The director Sonja Prosenc, beautifully arranges the film in 3 chapters where we witness three points-of-view, types of emotions in a perfect order. The film manages to place the audience in those situations of not knowing what’s happening and why, to shock and feeling bad for them to guilt and eventual built up courage, wanting freedom. The cinematography while capturing the beauty uses blue-gray colors as perfect symbolisms which helps to add impressions. The music is original, different, makes you tap your feet rather than providing a rhythmic background. The Tree is a unique work that asks the viewer to focus, and although it might be too subtle for its own good, audiences who put an effort into the experience are rewarded for their patience. 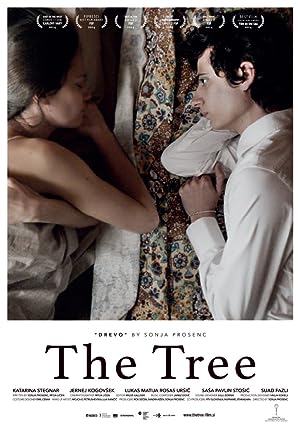 2 reviews for The Tree 2014 with English Subtitles