Djata is a care-free 12-year-old growing up in a brutal dictatorship shut off from the outside world. When the government imprisons his father, Peter, and Djata and his mother Hannah are labeled traitors, the boy will not rest until he sees his father again.

This was a visually a stunning film about a charmed Dystopian world filmed on location I think in Hungary. Uncomfortable to watch through the innocent boys’ eyes as he realizes all is not as it seems….. Very good acting from young newcomer and all the cast – some terrifying twins like something out of Mad Max. Jonathan Pryce always hits this characters spot on. Agyness Deyn very natural. Strangely topical in our current climate in 2017… Who really knows what is what and of course, a child sees things differently. Never read the book, which clearly has undertones of 1984 and other classics.A great first film from a new producing/writing/directing team. 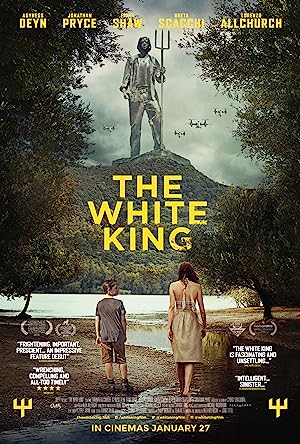 Be the first to review “The White King 2016” Cancel reply