When juvenile inmate Malcolm is offered a chance at parole, he is torn between his chance for freedom and protecting the one he loves.

Great dilemmas and filled with obstacles usually make excellent films, and they’re always gripping or exciting enough to make us feel fully immersed in everything. “The Wilding” is no exception but it makes us want it for more. It’s too short and it’s never enough. If the film’s director happens to read this, here’s my message: rewrite for a bigger project and try to get funds for it, cause I’ll watch it in a heartbeat.

The dilemma: juvenile delinquent Malcolm (Reef Ireland, very good) is torn between a chance of leaving detention, after being paroled, or staying behind to protect Ty, his love (Shannon Glowacki), a less experienced juvenile convict amidst a violently charged place, with fights and conflicts happening all the time. The facility’s supervisor is deeply inclined to help Malcolm with the leaving process but he can’t understand the boy’s reasons on his “apparent” doubt to not getting out of there. Meanwhile, another problem is getting ahead and the couple is about to face a final and dangerous test against a rival group.

A rising tension dominates the film’s mood with threats, punches and provocations, all told in a spinning manner (a well-placed shaky camera), softened by small yet highly effective tender moments between Malcolm and Ty, in brief romantic moments those characters can speak and relate with each other (Malcolm teases his partner with a rap, it was kind of sexy). The latter moment could be expanded here and also in a possible future version in a feature film (please, let that happen). I loved the film simply because it was a different coming of age story dealing with gay characters at the society’s margin rather than the “Glee” like format we have on the mainstream lately, everything’s happy and perfect at such a young age and everyone falls for that but it’s not real, it’s one side of the coin. Stories like “The Wilding” need to exist, they serve a higher purpose of comforting those who think they don’t stand a chance, that they don’t have a place in the world and they can’t or won’t find love. There’s hope. 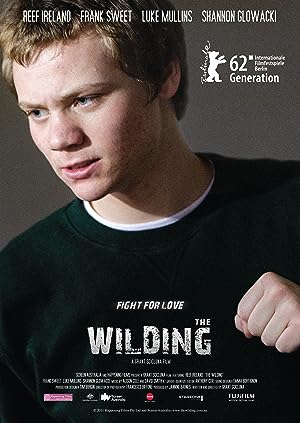 The Wilding (2012)
15 min|Short, Drama, Romance|13 Feb 2012
5.3Rating: 5.3 / 10 from 402 users
When juvenile inmate Malcolm is offered a chance at parole, he is torn between his chance for freedom and protecting the one he loves.
Director: Grant Scicluna
Creator: Grant Scicluna (screenplay)
Actors: Reef Ireland, Luke Mullins, Frank Sweet, Shannon Glowacki

Be the first to review “The Wilding 2012” Cancel reply