In 1962, a prepubescent boy in rural Australia watches painfully as his best friend and first love, an older girl, blossoms into womanhood and falls for a thuggish rugby player, setting off a chain of events that irreversibly changes the lives of everyone involved.

Mixed feelings swell inside a scrawny, timid teenager as he watches his lifelong crush fall in love with a muscular jock in this Australian drama starring Noah Taylor. From the outset, ‘The Year My Voice Broke’ might sound like just another love triangle tale, but the character dynamics are rich and complex. Taylor hates the jock (played by Ben Mendelsohn) as he represents everything he is not and because he is able to get the girl (played by Loene Carmen). Taylor has several great, quiet moments in which all this scorn comes through his stares alone. Mendelsohn, however, believes Taylor to be his closest male friend, not thinking twice about rescuing him from bullies and obliviously telling him how much he fancies Carmen. Then there is Carmen, who seems to know that Taylor like-likes her, but yet does not consider his feelings when making out in front of him. All this tension leads to a curious degree of cynicism erupting (Taylor delights in Mendelsohn getting in trouble with the law as it means he is out of the way) but nothing is ever fairytale perfect. Some aspects of the film are confounding. In particular, we never see what Taylor sees in Carmen, who between her crooked teeth and tomboyish mannerisms is anything but a conventional love interest, but Taylor’s performance is so solid that we believe his affection even if we do not understand it. Same goes for his scorn for Mendelsohn. Again, it is credible even if it seems rash on Taylor’s behalf. In fact, Taylor delivers such a strong performance here that it is wonder that he never went on to much further acclaim. 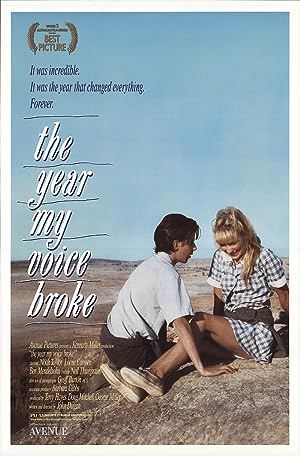