The Wehrmacht arrives in a small Albanian town after Italy capitulates to the Allies. Tomka and his gang decide to exact revenge when the German soldiers set up camp on their football pitch.

Tomka dhe shokët e tij (1977) is an Albanian movie shown in the U.S. with the literal translation Tomka and His Friends. The film was directed by Xhanfize Keko .

This is the first Albanian movie I’ve ever seen. One reason is that Albania didn’t produce many films in the 1970’s. (Actually, that’s still true now.) Also, dictator Enver Hoxha turned Albania into a closed society. People couldn’t leave, they couldn’t enter, and they couldn’t see foreign movies or send their own movies out into the world.

Naturally, censorship was rigid. Director Keko chose a safe subject–Albanian resistance to the German occupiers during WWII. At its heart, this is a “boy spy” movie. A group of friends spy on the Germans in order to help the resistance fighters.

What makes the film special is how brilliantly the leader of the group, Tomka, is portrayed by Enea Zhegu. How Ms. Keko brought forth this performance from a young, untrained actor is something we will probably never know.

This film has a very good IMDB rating of 7.4, and I think it’s even better than that. Rochester’s excellent Dryden Theatre at the George Eastman Museum was able to borrow the 35 mm print from the Library of Congress. Regina Longo, the director of the Albanian Cinema Project, gave presentations before and after the screening. The curators at the Dryden deserve special recognition for this achievement. 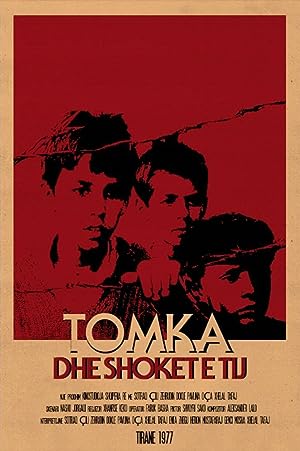