Against the backdrop of the first Gulf War, Jasira Maroun is 13, physically well developed but naïve and unable to say no. As puberty arrives, her mother sends her from Syracuse to Houston to her curt, up-tight, Lebanese-born father. Over the next few months, Jasira must navigate her father’s strict indifference, her discovery of sexual pleasure, the casual racism of a neighbor boy and her classmates, the sexual advances of the boy’s father, the proffered friendship of a pregnant neighbor, and her attraction to Thomas, an African-American classmate whom her father forbids her to see. Things happen to her, but can she take responsibility and control, or is tragedy inevitable?

How Can You Find Yourself if No One Can See You?

Plot: A young Arab-American girl struggles with her sexual obsession, a bigoted Army reservist and her strict father during the Gulf War.

I got really, really, but I mean, really lucky to catch this at the Deauville American Film Festival. Can you imagine it? I flew all over to France to see Alan Ball’s new movie. Well, I did it. Anyway, Nothing is Private (or Towelhead, as it is called now) is the new film written for the screen, produced and directed by Alan Ball and based upon the novel Towelhead by Alicia Erian. Some people say this movie is a porno and that is sick. But, I can, proudly, compare it with “American Beauty” (also one of my favourite movies, also). You can call me whatever you want and say that I’m nuts, but that’s my point of view.

The film is set on the year 1991 on the Gulf War. When I first read the novel I thought: Well, this doesn’t looks like a book that no one will ever adapt to the cinema. But, when I saw the film I thought: Oh, my God! What a great adaptation of the book. And, besides, I really loved American Beauty. And it has beautiful and hauntingly dark screenplay, intelligent direction and superb performances. I mean, Summer Bishil’s performance is one of the most unforgettable ones of the last decade. Some may find it offencive, but you have to have an open mind to watch this. The most sexually explicit and disturbing movie I’ve ever seen since Stanley Kubrick’s ‘Eyes Wide Shut’. I correct; since Bernardo Bertolucci’s ‘The Dreamers’. When you first watch this you feel like gut-punched. But, if you can get over the whole movie, and you have an open mind, you’ll enjoy and love it. This is a true masterpiece. I believe that with the direction, with the screenplay and with the performances, this will get more than one Academy Award.

Verdict: One of the most daring, talking on a mature sexual way, movies of the last 50 years. Stunningly satirical and darkly and shockingly disturbing. A sexist teenage satire on the style of ‘Juno’ and ‘Ghost World’. A superb drama. Simply, a Great Movie. Quite disturbing, not recommended to people that doesn’t have an open criterion. 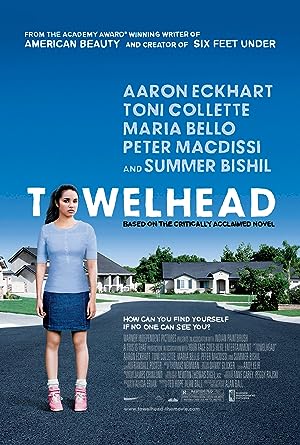