Inmates in a French prison are attempting to fulfill their sexual and emotional needs under the confines of their individual cells. Two inmates in particular, who are in adjacent cells, try to make that connection to the other, both physical and emotional, in whatever way they can. In their current attempt to do so, they are so caught up in the fulfillment they receive of that connection that they fail to notice that a voyeuristic guard has been watching them through the small peep holes in their otherwise solid cell doors. The guard was tipped to the activity by one of the two men trying to pass a bouquet of wild flowers to the other via their barred cell windows. The guard confronts one of the inmates. Although their encounter is primarily violently physical, each man copes with the situation by fantasizing about what is truly in his heart.

On watching this film I was struck by the timelessness of its message and its continued relevance today. Most surprising to me was that it was made/shown in 1950, but it could easily have been made today. I’m actually rather angry that I had to stumble across this film by accident online, instead of seeing it on any of the numerous gay and short film channels or festivals. It deserves to be seen.

A lot of comments have been written noting its supposed “surrealism” and “metaphor”. While that’s all well and good, this is quite simply a straightforward and common story of prison loneliness (Kiss of the Spider Woman), homophobic oppression by a closet case (Outrage 2009/II), and love winning over all. Newsflash: Just because it’s gay doesn’t mean it’s mysterious.

The only things preventing me from giving this film the full 10 … umm … points, are some jumpy editing, and the fact that both prisoners are knocking on their shared wall, but they are shot from the same angle so it looks like they are knocking on different walls. 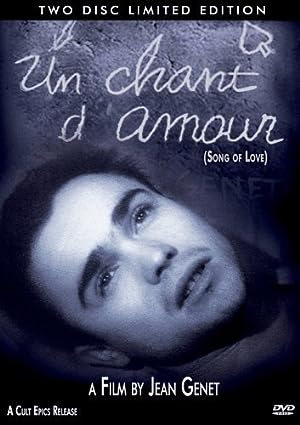