The adventure of a Jewish kid and of his brother escaping the Nazi persecution in the occupied France.

It is one of the best movies I have ever seen about WWII. I trully adored these two brothers and the affection between them. It is about family, caring, trusting, loving. What makes it special among other WWII movies is the fact that it does not focus on the battles or the holocaust itself two much, so it is friendly enough for a younger audience. The picture is amazing and the soundrack is totally touching. And when it comes about acting, oohh when it comes about acting. . .you’ll see! I really don’t want to overdo it with my review, so I will let you enjoy it. An explosion of emotions shall begin… 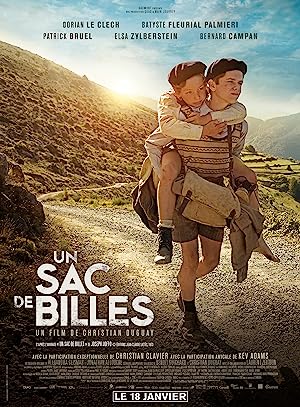