Voyage centers on a young psychiatrist who ventures on a lone voyage from Hong Kong along the coast of South-East Asia to overcome the sad experiences he had made with former clients.

This film tells the story of a young psychiatrist who embarks on a voyage on the sea, as he is troubled by his patients’ suicides.

Shown in only one cinema in Hong Kong, I had the privilege to watch it with director’s Q&A after the screening. “Voyage” is very unlike Scud’s previous films, as it does not have a gay storyline, nor does it have a linear and coherent plot. The story is actually many different stories pieced together by the psychiatrists’ memories. The initial story, starring Byron Pang set in Mongolia, is graphically shocking as viewers in the cinema are mostly unprepared for the graphic violence. The second stories, set in Malaysia, is tragic but interestingly does not involve the behaviour that is central to the film.

There are many other unconnected stories, told bit by bit, and hence unfortunately lacks a nice flow. In addition, because there are so many stories, every one of them feel underdeveloped. There could have been more explanation on the antecedents and consequences leading to the characters’ behaviour.

“Voyage” marks Scud’s departure from making gay films, to a film about mental health issues. As Scud says in the Q&A, this type of film is becoming extinct. I applaud him for keeping diversity alive in the Hong Kong film industry. 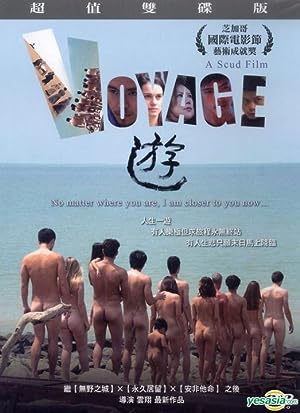 Voyage (2013)
99 min|Drama|09 Nov 2014
4.8Rating: 4.8 / 10 from 97 users
Voyage centers on a young psychiatrist who ventures on a lone voyage from Hong Kong along the coast of South-East Asia to overcome the sad experiences he had made with former clients.
Director: Scud
Creator: Scud
Actors: Debra Baker, Sebastian Castro, Adrian Ron Heung, Leon Hill